How to Unblock Your Nose for Pranayama 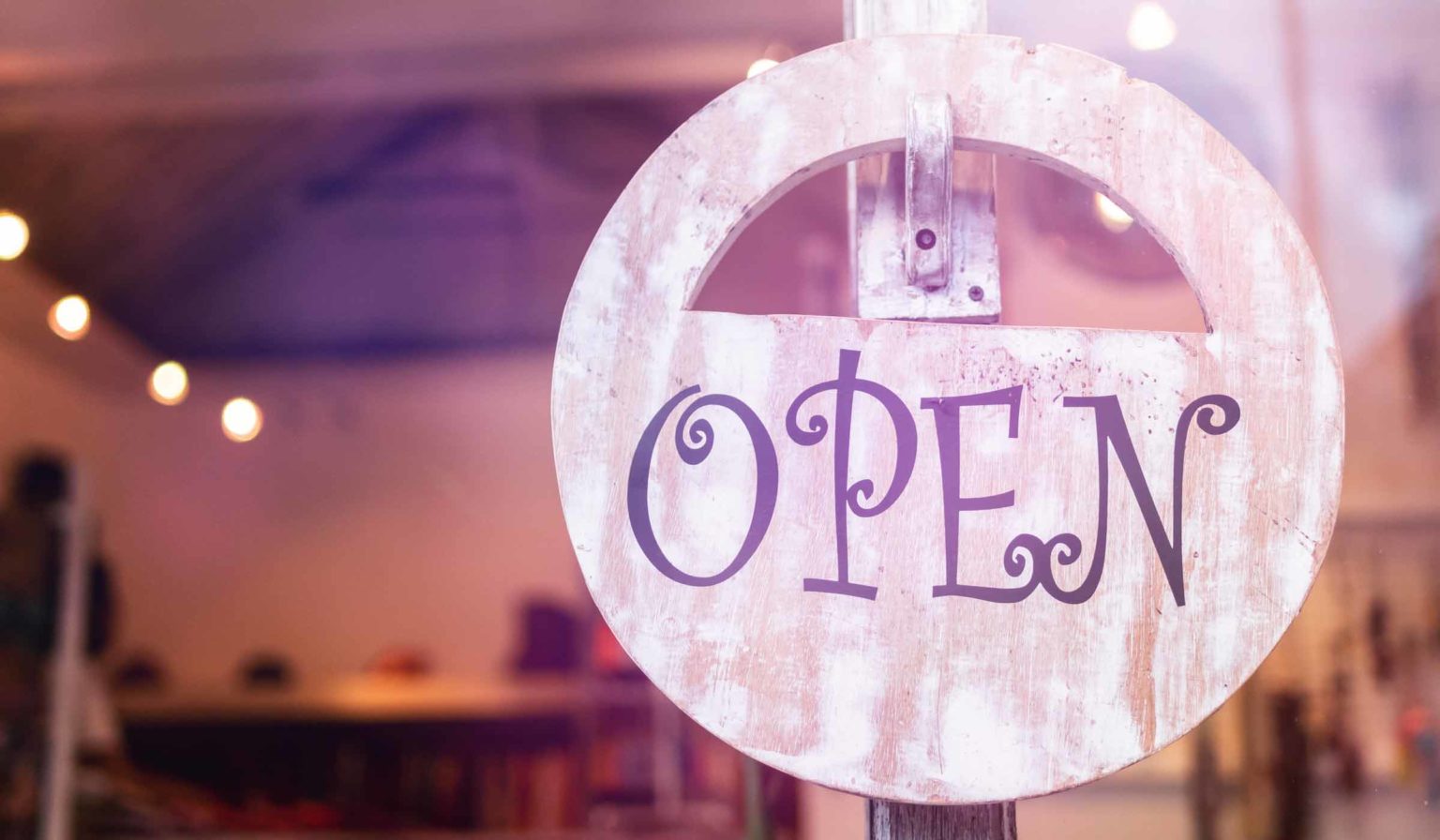 Have you ever sat down to practice pranayama, just to find out that your nose is blocked? Having a narrow air passage in one or both nostrils is frustrating since it will reduce the quality of your breathing exercises or even make it impossible. Luckily there are some yogic remedies. This article will explain how to unblock your nose for pranayama using several methods from the yoga tradition that really work.

Understanding why your nose is blocked

One common reason for a blocked nose is that the mucus membranes in your nose swell up due to inflammation. In addition to the swelling, there could be mucus. If your mucus membranes are in poor health, they quickly get swollen. Also, if you have a weak immune system, your nose is at risk of getting inflamed.

A blocked nose on one side only

You might have noticed that sometimes one nostril is more open than the other. In yoga, we say that this is because of the swara cycles. Swara cycles are periods during which one of the two major energy channels in the spine is more active. In the yoga tradition, these flows are called Ida and Pingala. Each of them is associated with one of the nostrils. Depending on the flow in the respective energy channel, the nostril will be more or less open.

Modern scientists recognise the swara cycles and believe that our biological rhythm is responsible. They call it the nasal cycle, and for most people, one such cycle lasts about two hours.

Usually, the difference in flow between the two sides will be barely noticeable. However, if you have swollen mucus membranes, you will feel it much more clearly. One nostril might even become so narrow that no air at all will pass.

Deviation or deformation of the nasal septum

If you frequently find yourself wondering if there is a way to unblock your nose, you might have an issue with your nasal septum. The nasal septum is the wall of cartilage that separates the two nostrils inside of your nose. For some people, the nasal septum can have an asymmetrical position. In that case, the passage will be larger on one side than the other. The septum can also be deformed.

A deviated nasal septum might permanently hinder the airflow. But the passages could also be sufficiently large as long as your mucus membranes are healthy and get blocked entirely from just a small or moderate swelling.

Your nose starts running when you begin pranayama

If your mucus membranes are irritated, your nose could start running and become blocked when you begin your breathing exercises. This is just as annoying as it sounds. The reason is that your body goes into a regenerative mode from the effects of your practice. Alhough this is a good sign that what you are doing is working, it is also an obstacle.

How a yogi can open up a blocked nose

So far, we have looked at the most common reasons for narrow air passages. Now let’s investigate how to unblock your nose using the knowledge of yogis.

For those people who are asking themselves how to unblock their nose, nose cleansing is one of the first remedies that come to mind. Yogic nose cleansing, neti is an efficient way of rinsing your nose with lukewarm salt water and rapidly removing mucus. If your primary problem is the presence of mucus, this method could instantly clear your nose. Neti is also very useful in relieving sinusitis by ensuring an adequate level of moisture inside your nose.

In addition, regular use of nose cleansing will reinforce your mucus membranes by stimulating the growth of cilia. The cilia are the tiny hairs that cover the mucus membranes. Their task is to transport dust, viruses and bacteria backwards to your throat. When you have plenty of cilia, your mucus membranes will become more resistant and capable of preventing inflammation and swelling.

Pay attention to what you eat

Certain foods, such as refined carbohydrates and fatty dairy products, drive inflammation and mucus production. Hence, your diet could be the source of your clogged up nose. If your nose becomes blocked only occasionally, look at what you ate the 12 hours before it happened. If you realise that food is the problem, the fix is easy. All you need to do to get better at pranayama is to make changes to your menu.

Eating a healthy and balanced diet is not rocket science. You come a long way by eating lots of vegetables, high-quality fats and avoiding sugar and refined carbohydrates. If you want more inspiration for an anti-inflammatory diet, check out the recommendations of Dr Weil.

How to unblock your nose by applying pressure to your armpits

There is an incredible yogic way of opening your nostrils by applying pressure to your armpits. By pressing inside one armpit for five to ten minutes, the opposite nostril will open up. This method is suitable if the issue is a tight air passage in one of the nostrils.

You should apply the pressure before your breathing exercises when you are already seated in a meditation pose. Once the nostrils have opened up, you might need to continue the pressure to keep them open. Experiment and find out what works for you.

You can apply the pressure in several ways. The most efficient way is to use a danda, a yogic meditation stick. Another way is to place a small ball (such as a tennis ball or a semi-soft juggling ball) inside the armpit and squeezing it with your upper arm. A less sophisticated but readily available method is to use the fist of your opposite hand.

Open unblock your nostrils by holding your breath

The problem we are looking into in this article is how to unblock your nose for pranayama. As it turns out, breathing exercises in themselves are a great way to open your air passages.

When you hold your breath long enough, your body’s biological response is to open up your nostrils. This reaction is natural since your body will do everything it can to assure the proper oxygen intake. For this method to work, you should keep holding your breath as long as you possibly can. You need to repeat the procedure several times for tangible results.

It is beneficial to include breath retention while practising yoga poses. To get the most out of pranayama, you should in any way always warm up with yoga poses. I frequently do breath retentions during asana practice to get more open nostrils as a benefit. That is also how I guide my online yoga sessions here on Forceful Tranquility, and it is an excellent way to learn pranayama for beginners.

How to open a narrow nostril during nadi shodhana pranayama

During some breathing exercises, such as nadi shodhana pranayama, you breathe through only one nostril at a time. Then your nostrils must be sufficiently open for a smooth practice. Should the air passages in your nose be too narrow in this particular situation, then there is a trick you can use.

What you can do is to open your nostrils mechanically. All you need to do is gently pull the wing of the concerned nostril outwards. By taking hold of the nosewing from the inner side with one finger, it is actually easy to do.

Pranayama is efficient in strengthening your immune system. With regular practice, your body becomes more apt at calming the inflammations that cause your mucus membranes to swell up and produce excessive mucus. The more often you practice, the more tangible the result.

If your nose starts running, then just let it do so

I have one last bit of advice for you. It regards those times when your nose starts running when you begin your breathing exercises. You might be more comfortable with what I am about to recommend if you practice alone at home than if you practice in a group in a yoga studio. As you will see, in front of others, it could be embarrassing.

Let’s assume that you do pranayama because you want to get the most out of it. What I suggest then that you do is go on with your practice and let your nose run. You can always wipe your face and change your t-shirt afterwards. If you start blowing your nose and or sniffling, you will get out of the meditative state, and your practice won’t act on a deep level. If you allow your nose to run, on the other hand, it is likely to stop after some time on its own.

Combine techniques for the best result

Some of the techniques I have described act quickly to open your nostrils. Others need time by improving the baseline health of the mucus membranes. Use a combination of methods to get the best results.

What you have learned

In this post, I have explained how to unblock your nose. We started by looking at different reasons for a blocked or stuffed up nose. Then you learned yogic methods to open your nostrils. You now know how to figure out why your nose is blocked and how to choose your approach accordingly. By combining my suggested techniques, you will enjoy your pranayama practise more and get more substantial benefits.