Is Yoga a Sure Way to Enlightenment? 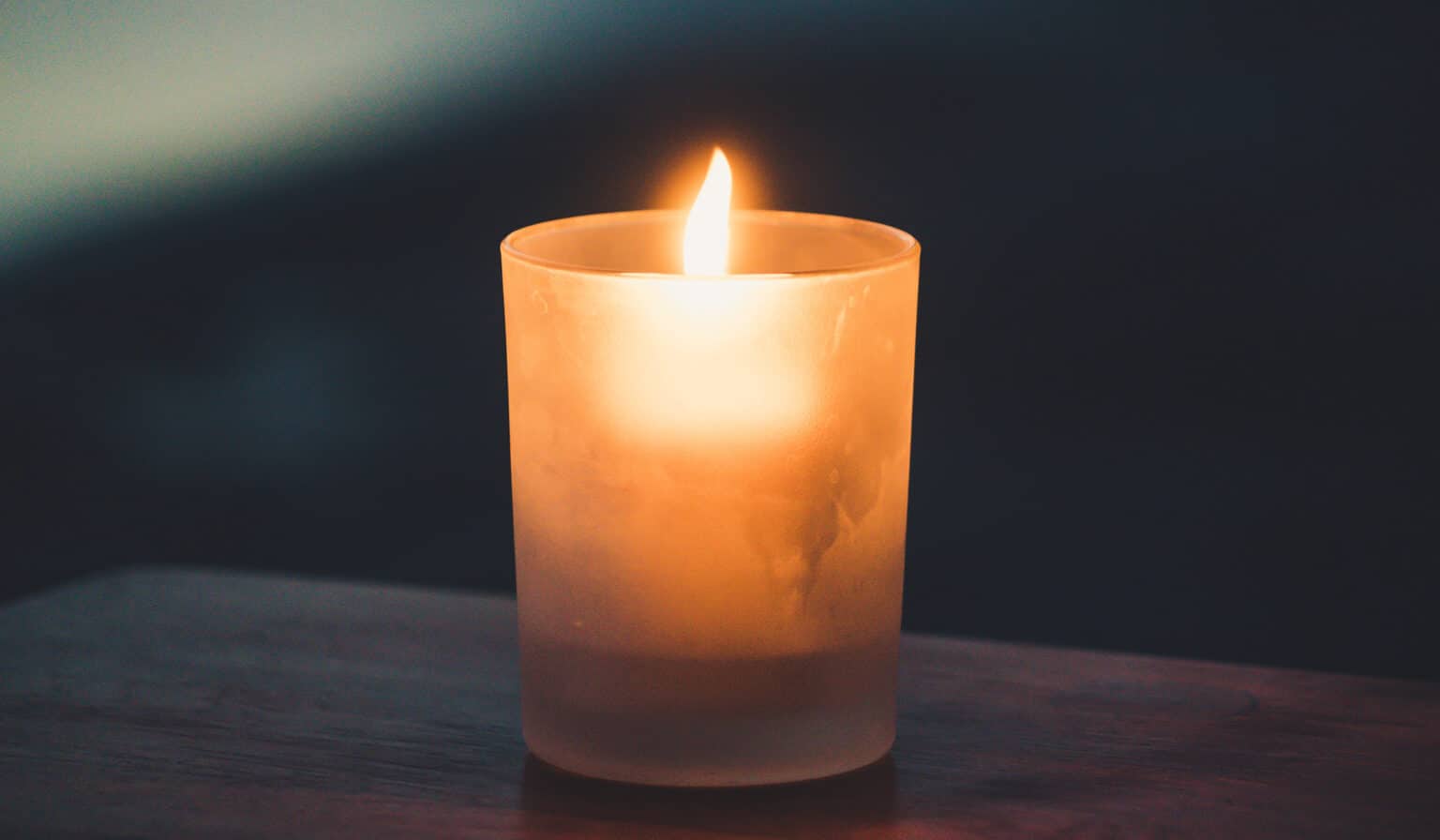 Will yoga make you enlightened? When I started yoga more than twenty years ago, my ultimate goal was just that: enlightenment, awakening, illumination or whatever you want to call it. Back then, I was determined but also naive and idealistic. I have learned a lot about spiritual awakening since then. In this post, I discuss this fascinating topic.

To understand if yoga leads to enlightenment, we need to know what enlightenment is. I think that there are two related but at the same time distinct qualities to enlightenment. The first is what we might call awakening or spiritual awakening. The second is what I prefer to call liberation.

What is a spiritual awakening

The psychologist Steve Taylor has interviewed more than a hundred people who he describes as “awakened”. According to him, wakefulness is a state of consciousness in which we transcend separation. He says that awakened people display some characteristic traits.

The traits of wakefulness get reflected in the frequencies in which the brain functions. Mental activity occurs in different frequency bands. By studying the relations between frequencies, it is possible to determine in what state a person is. Maxwell Cade was a pioneering researcher that measured the brain activity of advanced meditators, yogis and healers. Already in the 70s, he identified a brain wave pattern that he called “the awakened mind pattern”.

The normal state of consciousness is characterised by much unconscious mental activity combined with large amounts of conscious mental chatter. On the other hand, the awakened mind pattern is much more calm. It shows reduced activity in frequencies that correlate with mind chatter. However, it also displays an increase in frequencies that reveal an awareness of the usually sub-conscious areas of the mind.

As we evolve beyond the awakened mind pattern, we arrive at “the evolved mind pattern”. Here activity that is usually beyond the scoop of our awareness is pushed up into consciousness. We can see this reflected in the brain since the amplitude in the lowest frequencies goes down. Instead, that energy goes to frequencies that reveal awareness. In the evolved mind state, ​​self-separation dissolves into a state of unity.

In my article on brainwaves and meditation, you can read more about the brainwave patterns specific to the enlightened mind.

How does spiritual awakening come about?

Do you believe that yoga and meditation is the only way to bring about awakening? In my idealistic yogic youth, I used to think so. But the reality is quite different. Steve Taylor has concluded from his studies that people become awakened in three different ways.

Firstly, a tiny fraction of the world’s population is born awakened. Or rather, these individuals never lose the natural wakefulness we all have as newborns.

Secondly, awakening can be triggered by a dramatic event and be sudden and explosive. Such awakening is common and happens to all kinds of people. It can occur due to intense stress, trauma, grief or depression. It can also occur because of the encounter with death. Either you are learning that your death is imminent, or you have to face the death of close ones. A famous example of sudden enlightenment is that of bestselling author Eckhart Tolle.

The third path to awakening is through a gradual process. Some people feel that their present state of being is somehow limited. So they follow a spiritual path that gradually leads towards an expansion of consciousness. However, Taylor says that if you are too rigid and egoic about your practice, it can block wakefulness. According to him, it is crucial to stay loose and spontaneous about it.

Yoga can move you along the continuum of enlightenment

Steve Taylor says that awakening isn’t an on or off state but rather a gliding continuum. Maxwell Cade’s progressive brainwave patterns confirm that. Furthermore, that is also my experience. I would not call myself enlightened. However, thanks to more than two decades of practice, I am much more awake than before I started yoga and meditation. I also find that my wakefulness depends on how much I practice. During periods when I do a lot, I am more awake than usual.

The yogic path to enlightenment is slow. Expect years or even decades. And without an external impulse or some spontaneous shift, you might not reach the higher end of the continuum anyway.

Enlightenment is not necessarily harmonious

Taylor says that moving along the continuum of awakening isn’t necessarily a harmonious and pleasant experience. He says that it is often downright hard, especially the sudden kind of awakening. Yoga and meditation make the ride more smooth by increasing your ability to accept things as they are.

In addition, yoga and meditation can help you make sense of a sudden awakening. People who have an intellectual framework to grasp awakening usually live through it more easily. Also, a spiritual discipline will make the internal processes the awakening brings about more fluid and frictionless. Therefore, people often feel drawn to yoga and meditation once some external cause has triggered a sudden awakening.

The question I am trying to answer in this post is if yoga leads to enlightenment, awakening or whatever you call it. However, there is an aspect to it I have only touched upon so far. It is what yogis call liberation, and it isn’t easy to grasp in a normal state of consciousness. Though it is related to awakening, an awakened person is not necessarily liberated. And inversely, a liberated person can live in a very normal state of mind.

Tony Parsons is a liberated soul, and he is radical about it. He says that even believing in the possibility that you can become enlightened is limiting. His narrative on enlightenment brings your thoughts to the Buddhist concept of nirvana. Nirvana literally means extinction (as in a “blown out” oil lamp).

What Parsons says resonates with me and what my intuition tells me. In fact, the impression that we have of being a person separated from universal consciousness is nothing but an idea. And liberation happens the day that idea collapses. But since individuality is nothing but a construct, there will be no “me” there to experience the ego dissolution. It just happens.

Is there any real individuality?

Some people who say that their individuality has dissolved, Tony Parsons, for example, maintain that there is nothing that you can do to make it happen. How could “you” when there is no “you” to begin with?

On the other hand, not everyone agrees with that. There is an age-old discussion about whether there can be any individuality in universal consciousness. A wave is a part of the ocean. It is made of the sea but does it have some degree of individuality? I guess it depends on how you look at it. The yogic liberation, moksha, has a slightly different twist to it. It happens when the individual soul (atman) realises that it’s real identity is the universal one (brahman).

What kind of yoga practices brings about enlightenment

So if yoga and meditation can bring about awakening, what are the methods to do this the best? As far as I know, there are no good studies about that, so I will base this section on anecdotes.

I think that various types of meditation improve wakefulness the most. The way I see it, yoga poses and breathing exercises are there for support. I also think devotional practices such as kirtan (devotional singing) and karma yoga (selfless service) can be excellent. One of the most interesting cases that Steve Taylor has investigated is a man that went through an intense awakening after a long period of selfless work similar to karma yoga. He was taking care of the horses for a circus.

If you ask me, the best way to cultivate wakefulness with yoga and meditation is to use an ample range of complementary practices. That is what we do in the Satyananda tradition, which is the method I teach. We include yoga practices such as asana, pranayama and meditation. We also pay attention to following a lifestyle and diet that promotes attention and awareness.

When it comes to liberation, it is not as clear as to what you can do. The 20th-century sage Nisargadatta Maharaj holds that meditation leads to realisation of reality in the long run. In contrast to Parsons he even says that meditation is necessary.

…doing Sadhana [spiritual practice] means assuming the existence of a phantom. Who is to do Sadhana and for what purpose? Is it not enough to see the false as false? The entity that you think you are is false. You are the reality. Once it is understood, or rather, apperceived intuitively, that an entity is purely a conceptual notion, what remains is merely a re-integration — Yoga — in universality…What remains is pure non-volitional ‘being lived’…