This Is What Prana Feels Like – Testimonials by Real Yogis 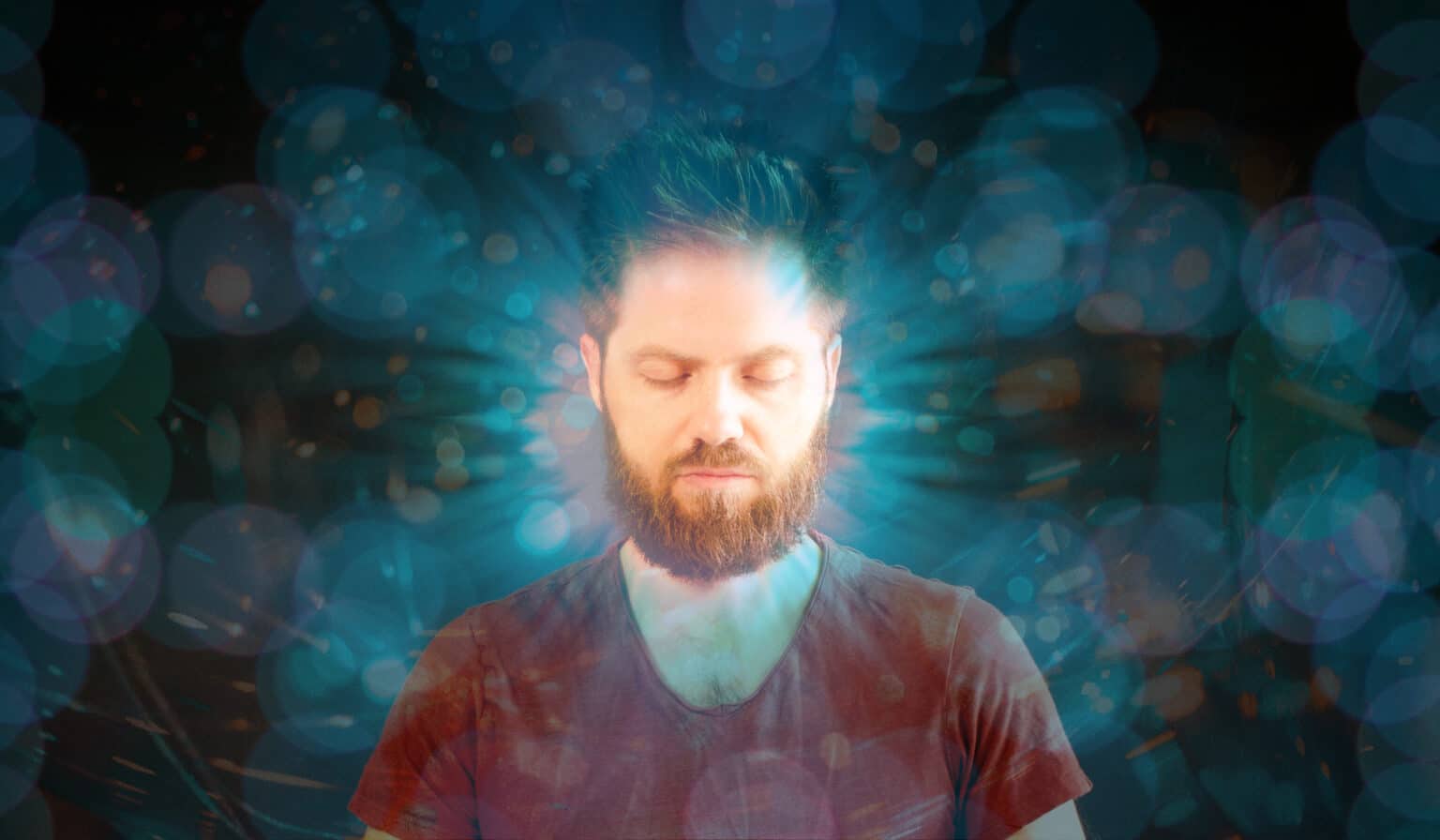 According to yoga, there is a subtle dimension of energy underlying the physical world. It is called prana. By making ourselves sensitive to this energy, we can learn how to feel it. If you have no experience with yoga, you might wonder what feeling prana is like. To give you a good idea, I asked 76 experienced practitioners in the Satyananda tradition about it. Here is what they say about the sensation of prana.

Can we trust old Sanskrit texts on yoga?

Many of our ideas about prana come from old yoga scriptures. Many present-day yogis think that the ancient scriptures accurately describes how master yogis perceived the energy dimension, pranamaya kosha. That might be tru, but we can’t be certain.

Modern research has shown that the authors of ancient hatha yoga scriptures borrowed heavily from one another. They often copied entire passages word for word. Therefore I suspect most were not basing their accounts on their own experience.

What today’s yogis say is legitimate

I am an experienced yogi myself, and I know what prana feels like to me. But to get an even better picture, I wanted to collect data by carrying out a study. I asked experienced practitioners within my tradition. Several of the respondents were top-level practitioners with thousands of hours of practice. I think that the accounts of these practitioners are just as valuable as the descriptions of prana in old texts.

The respondents were between 29 and 78 years old, with an average age of 48. They had practised yoga for an average of 18 years, and the most senior practitioner had been at it for close to five decades. Many of them knew the full spectrum of Satyananda yoga practices, including Kriya Yoga. A minority of the respondents were relatively new to yoga and meditation with just a few years of practice.

I would like to specify that nearly all participants in the study were trained by teachers educated by Swami Janakananda or were trained directly by him.

What does prana feel like, according to my respondents?

My first question was if they ever feel energy sensations during yoga practice or at other times. Almost everybody did, 96% to be exact.

Do you ever experience sensations of energy?

I also wanted to know how they would describe what they feel. So, each respondent could express the sensation of prana in their own words.

“It’s like a flow of sensations in the body that can differ in terms of heat temperature, intensity and part of the body.”

A male computer engineer in France expressed his sensations like this:

“It feels like a subtle vibration, along with a sensation of gentle touch and light heat. It is usually not static and runs/spreads around a very specific region.”

A woman from Sweden with years of experience described her sensations of energy as:

“Tingling, heat, pulsation, sparkles, visions of light in darkness, movement within the body despite a still posture, spasms.”

Some yogis in the study describe a concentration of sensations in the spine. A yoga teacher in Denmark wrote the following:

“Vibrational waves or currents in the spine and throughout the body, warm and cold. Nada Sounds. Involuntary movements, energy moving the body.”

Yet another yoga practitioner, an artist residing in France, wrote that energy was sometimes visual. It appeared for her as beautiful images.

Where do yogis experience energetic sensations?

Next, I wanted to know where my respondents feel the energy. Do yogis feel such sensations as localised to a specific body part or as something diffuse and spread out? I perceive energy both as spread out and vibrating in my whole body and, at times, as very concentrated. But what did the survey say?

It turned out that 86% per cent of the participants had felt prana as localised to a specific place.

I gave my yogis a list of body parts to check if they had felt isolated energetic sensations there. As you can see from the graph, the respondents especially have energy sensations in the torso and the head. Noteworthy is that the spine again stands out as a sensitive region. However, feeling prana in the front of the torso was even more common.

Where do yogis experience sensations of energy?

A highly experienced yoga teacher with 30 years of experience expressed his sensations of energy in the spine in the following way:

“In an extreme form: as if a high voltage electric cable is attached to the base of the spine and another at the top of the head. But usually more as a tingling movement or pulse.“

Furthermore, respondents indicate energy sensations in the feet and hands. One of my students in Paris, who is also a member here on Forceful Tranquility, expressed her experience in this way:

I was surprised that so many had distinct pranic sensations in the extremities. It is not something that ancient yoga manuals treat a lot. However, some traditions of energy healing do. According to traditional Chinese medicine, there are crucial energy points here. Stimulating these points can impact the energy in the whole body.

During what practices do people experience prana?

The next set of questions were about different types of yoga practices. In theory, some yogic methods are more focused on energy than others—yogic breathing exercises, pranayama, for example.

I asked my respondent to grade the likelihood of experiencing energy during different practices. The scale ranged from one to ten, with one meaning not likely and ten very likely.

Here are the average scores regarding a few essential practices:

Tratak, a concentration technique, was judged to be the least associated with feeling energy. Yoga poses (asana) and the deep relaxation Yoga Nidra reportedly gives slightly more energetic sensations. Then there is a further jump upwards on the scale for pranayama. Finally, the practice that got the highest score is Kriya Yoga. It is an advanced yogic practice based on pranayama, energy locks and visualisations.

These responses do suggest that practices that we traditionally believe awaken prana do so. However, some of the yogis in the survey state that they are always aware of energy. No matter what they are doing.

In early Sanskrit yoga literature, there are intriguing accounts of energy risings in the primary energy channel, Sushumna nadi. Yogis consider that Sushumna runs inside or along the spinal cord. Energy risings in the spine are called shakti risings or kundalini risings.

I have heard about many kundalini risings from students and fellow yogis. But, I wanted to know how common that type of experience is. So I asked specifically about it.

Depending on previous answers, 63 respondents had the opportunity to answer this question.

Have you ever had a sensation of energy rising in your spine?

To better understand how powerful the kundalini risings are, I asked about that as well. The respondents graded how intense their strongest energy rising had been on a scale from one to ten. As you can see in the chart below, the answers were mixed. Though many had high-intensity experiences, for others, it was much milder.

How intense was your most intense spinal energy rising?

Is the intensity of shakti risings correlated with years of yoga practice?

I thought it would be interesting to see if the perceived intensity of spinal energy risings correlate with the number of years a person had practised yoga. Each dot is an individual persons answer. The trend line is the aggregated data. From the limited data I have, It turned out that there was no strong correlation. However, the trend line does revel a slightly positive correlation.

Nevertheless, people with only a few years of yoga practice had experienced intense shakti risings and chose maximum intensity scores. Simultaneously, some respondents with decades of practice gave low scores to their shakti rising experiences.

One reason for this is that not all shakti risings happen during yoga practice. One person in the survey says she experienced a super intense energy rising before starting yoga. It was that experience that made her attracted to yoga and meditation in the first place.

Another reason could be that experienced practitioners have gotten used to pranic sensations and are harder to impress. They might also be more modest. A highly experienced yogi initially graded his most intense shakti rising as nine out of ten. Later he asked me to lower that score to a three since he did not want to sound arrogant.

A third reason could be that people tend to be more diligent with their practice at the beginning of their yogic path.

How long do the effects of a shakti rising last?

I also asked those who had experienced a spinal energy surge if the experience had had a lasting impact on their state of being. Half of them were confident that was the case. The other half gave a negative answer or said they were not sure. Of those who confirmed a lasting change, one-third experienced benefits that lasted from months to years or confirmed the benefits had remained with them ever since.

Did the experience of energy rising in the spine have a lasting impact on your state?

One respondent made an interesting remark. She said that even though the kundalini rising had not had a permanent effect on her state, she had gained knowledge from it that made her see life in a new way. This new perspective was lasting.

There was no apparent connection between the subjective intensity of the shakti rising and the duration of the effects. Some who had given the highest score on intensity reported no lasting impact at all.

Some yogis prefer not to talk about energetic sensations. They think that it is focusing on the wrong things. They say that experiences of energy have limited importance. To them, what is crucial is how energy makes you participate in life, and if it enhances your courage and power to live out life to its fullest.

I agree that the main reason for cultivating energy is the advantages it gives you in your life. However, that does not mean that it is unimportant to understand what it feels like and how the sensations of prana express themselves in real people.

Should energy experiences be secret?

There is also a notion among some yogis that you should not discuss energetic experiences openly. Sanskrit texts on yoga warn us that yoga can lose its power if we talk about it. Some of the people I contacted for my survey declined to participate, saying the questions were too personal.

I agree that it is good to be careful with how you talk about experiences gained from yoga and meditation. However, if your experiences are so fragile that you can’t express them in any way, you might ask yourself how much they are worth. Also, I think it is helpful to know how energy manifests in others. This gives me a more accurate and realistic understanding of it. By conducting this study, I hope to contribute to demystifying the topic of prana and making knowledge more readily available to today’s yogis.