A Portrait of Vigyana Shakti 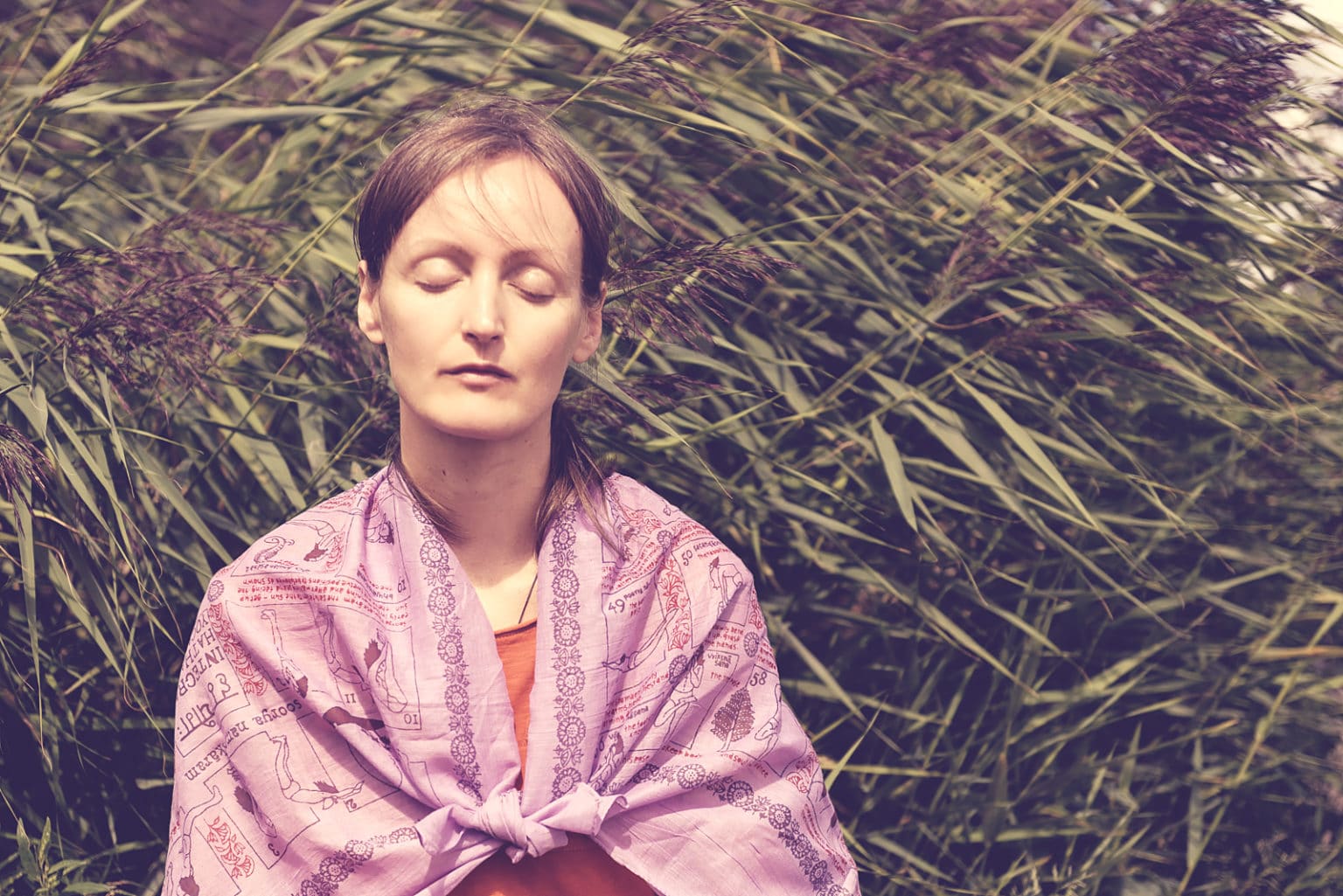 In the early 2000s, I trained to become a yoga and meditation teacher under the guidance of Swami Janakananda. We were a small group of particularly motivated teacher aspirants who lived at Haa Retreat Center. The training was intense, and most who attempted it gave up within a year or two. This is a portrait of my friend Vigyana Shakti, one of those who made it through Janakananda’s teacher training at the same time as I did.

Vigyana Shakti is from Estonia, and she moved to Sweden in 1999 in her early twenties. Before discovering yoga, she was studying to become a photographer. Since she was young, this had been her dream job. But all of a sudden, her interest faded much to her surprise and frustration.

It was at this point that Vigyana started to feel drawn to yoga, without knowing much about it. She tried a few power yoga classes at her gym but found it disappointing. Some months later she stumbled on a heap of brochures lying in a shop in Gamla Stan, Stockholm’s old town. It was a brochure describing the retreats at Haa International Course Center. The longest and most profound of these courses was (and still is) the annual three-month course. Vigyana was captivated, she read and reread the course description several times over, and she knew that she had to participate.

Vigyana participated in a two-week retreat to begin with and Swami Janakananda came for a Satsang towards the end. His way of being made an impression on her and she instantly felt that she wanted to study under his guidance. After just a few months she was back for the 2004 three-month course.

I have a lot of vivid memories of this course. At that time, I had been in the ashram for almost two years, and I was running the kitchen. I remember Vigyana as a bit timid, reserved and severe-looking. Vigyana would carefully ask questions about the teacher training and life in the ashram.

But the three-month course was not the ecstatic pink cloud experience she had expected. She says that she felt excellent physically but that she went through a lot on the mental plane. “It was a profound experience, and there was a lot I did not understand.”  she says.

The decision to become a yoga teacher

Vigyana says that she was above all attracted to the yogic way of life. She saw the teacher aspirants who were working at the course center and our efforts intrigued her. She says what appealed to her was that we had the liberty to take care of the practical side of the courses independently. Swami Janakananda and Ma Sita were the primary teachers, but the people in the ashram was making it all possible through the karma yoga they did.

The thought of teaching yoga both appealed to her and scared her. But to Vigyana, this was a training for life and not merely a yoga teacher training.

After the three-month course, Vigyana stayed at Haa for eight precious years. What she had not grasped during the three-months fell into place bit by bit.

A few years later, when she was a senior teacher aspirant, she assisted Swami Janakananda and Swami Ma Sita by teaching the retreats. “For a yoga teacher, it’s incredibly valuable to teach on the three-month courses. From sitting there guiding day after day, you see first hand what people are going through and how we quite often create difficulties for ourselves instead of just going with the flow. As teachers, we see it more easily than when we are in the middle of it ourselves.” she says.

But at the same time, she acknowledges that it can sometimes be tough to work behind the retreats. The teachers are heavily influenced by the mental states of the students. As participants release dark thoughts and psychic luggage, it is as if it lingers in the air before dissipating. Teachers risk to identify with these vibrations and make them their own. Another fellow aspirant used to say that living in the ashram was like living in heaven and in hell at the same time.

Vigyana Shakti starts her own school in Malmö

Vigyana is the kind of determined person that gets things done without a fuss. She has an eastern European personality that does not back off at discomfort. Such qualities are essential to appreciate the training we got but also for teaching yoga on your own. After eight years in the ashram at Håå and a couple of years in a Copenhagen city school, Vigyana opened her own yoga school in Malmö in Sweden. “It took a lot more work than I had expected,” she says, “and in the beginning I was highly sensitive after my years in the ashram.”

Since she was little Vigyana Shakti was interested in textiles. She would spend hours in fabric stores, imagining what she could sew with different fabrics. Living in the ashram, close to nature and doing yoga for many hours every day, made her think about fabric differently. The fine-tuning she got from yoga made her sensitive to different materials. It got more and more essential for her to wear clothing of natural materials.

When she had moved out of the ashram, she started to look for suitable fabrics for yoga clothes, and in addition to her job as a yoga teacher, she started producing organic yoga pants. She has designed her pants specifically for the type of classical yoga that we are teaching within our tradition. They are loose fitting, breathable and good for pranayama and other seated practices.

You can buy Vigyana’s yoga pants online on her webshop >>>

With the promo code YOGANICA20PARIS you get 10% discount!

We often hear that yoga brings about transformation. Though I think this word is too solemn or even pretentious, I have to agree that there is a lot to it. The change that happens from yoga is slow, and it is harder to perceive within ourselves than in others. Therefore I am happy to keep in touch with those who were there when I started out myself. It’s inspiring to have seen how the severe and reserved looking young woman that first arrived in the ashram unfolded into a lighthearted, radiant and powerful yoga teacher.