How to Make Sense of Visions During Meditation 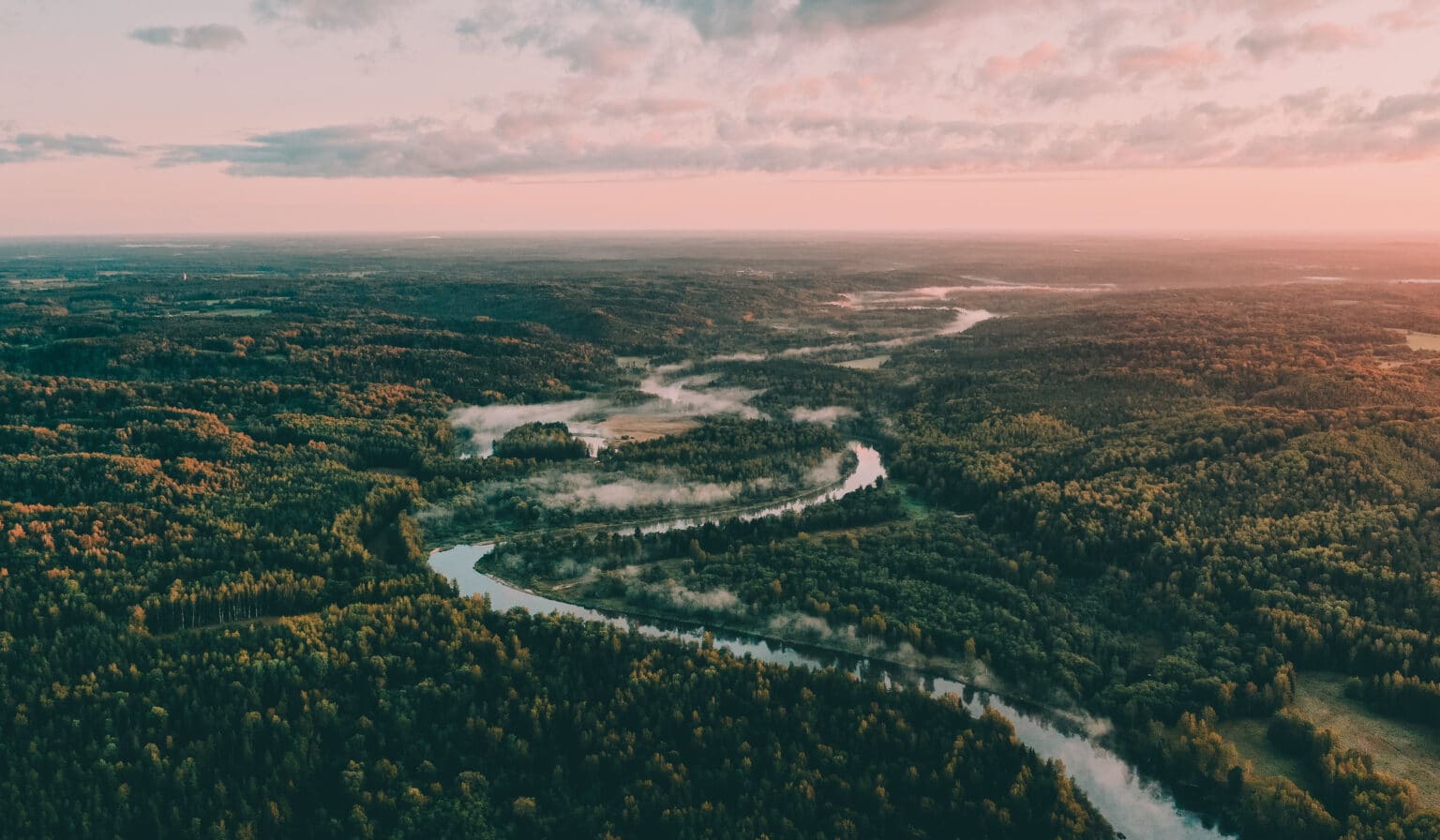 A lot of people have visions during deep meditation. Seeing vivid images with closed eyes can be profoundly inspiring but sometimes also upsetting. You may ask yourself why you see visions during meditation and if they mean something. You may wonder how the images you see fit into your practice and how to relate to them without feeling disoriented. In this post, I will discuss all this in-depth.

Spontaneous imagery is a natural part of meditation

When you sit down to meditate, you will most of the time need a while to get into your practice. Everyday thoughts will run through your mind. But if you are doing it right, at some point, thoughts and mental chatter will start to slow down and change their characteristics. At this point, your mind is likely to become more visual.

The change in your state of consciousness happens because the frequency of the neural activity in your brain, your brain waves, changes. There is a frequency band that scientist calls the alpha frequency. These frequencies lie between everyday thinking and the subconscious activity in the deeper layers of your mind. Energy in the alpha frequencies thus creates a bridge between your conscious and your subconscious mind.

While everyday thinking tends to be verbal, your subconscious mind is a lot more visual and symbolic. Visions that spill through from below the threshold of your consciousness can be vivid and look very real. However, in your everyday meditation, your visuals are likely to be more like visual thoughts.

What types of meditations produce visions?

Visions may appear during many different types of meditation—mindfulness style meditation (like Vipassana or Antar Mauna), for example. Mental images may also come during meditative singing (kirtan) and even while slowly and consciously doing yoga postures. Some of the most vivid visions I have had have occurred during the breathing exercises nadi shodhana pranayama and ujjayi pranayama.

The more you practice, the more visions are likely. They tend to be more vivid during periods of intense yoga and meditation practice, such as a retreat. During such circumstances, you are more attuned to your subconscious mind.

Common types of visions during meditation

There are recurring themes for mental imagery that meditators report seeing. Here are some of the most common types.

In meditation, you may see faces or a progression of different ones appearing one after another. They might also be morphing from one to the next. Your face can be among them and blend with other ones. You can see the faces of people you know and of people you don’t recognise.

It is common to see moving geometrical shapes and patterns when you meditate. They may appear like a flow of unending ornaments, fractals or mandalas. Some meditators I have interviewed associate this type of visions with a flow of energy they simultaneously feel in their bodies.

Light and colours are something else that meditators report experiencing. For example, a state of bliss can be accompanied by a vision of bright light.

Eyes is a common motif for visuals when your subconscious opens up. It appears as if eyes are a symbol in the collective subconscious for the witnessing awareness, fundamental to all experiences.

Another typical vision that meditators have is landscapes. You may experience it as if you are flying over beautiful scenery. You may see calm lakes with pristine clear water. You may see mountain ridges and deep forests.

One reason flowers, such as the lotus, symbolise spiritual growth is that they are a familiar image in an altered state of consciousness. A typical vision is a flower unfolding.

The visions you experience while meditating behave similarly to dreams. You may see the same types of dramas that unfold while you sleep as you sit down meditating. That is internal theatre your mind creates to make you conscious of processes that are going on inside you.

Several seasoned meditators that I know say they sometimes see light beings during their meditations. Typically these light beings will appear when they meditate together with a group of other experienced meditators. It is as if the collective field the meditation generates attracts these beings. They may come close or even join the circle of meditators.

Once I spontaneously ended a yoga class with meditative singing. I was teaching in the music room in a school building. There were instruments, and I grabbed a guitar and guided a 10-minute mantra. A clairvoyant yoga student that was part of the group said afterwards that the singing had attracted an impressive amount of light beings.

A compelling vision that can occur in very profound meditations is the meeting with a spiritual guide. Usually, this is a once in a lifetime experience. The guide can take many forms, but the individual’s personal beliefs colours the guide’s shape. That is why Christians might meet Jesus, Buddhists will see Buddha, and a kriya yogi might see Babaji. In reality, the guide is your subconscious and what lies beyond it.

People who have these visions might feel that they receive teachings from the guide. My master, Swami Janakananda, received a yoga practice that he has taught throughout his career during such a meeting.

You might also get a gift from the guide that might appear to merge with your body. These types of meetings are transformative and healing. Science has shown that the deep states during which this type of visions occur are associated with a high energy activity in particular brain wave frequencies.

What to do with visions you receive in meditation?

New meditators understandably ask themselves what to do with visions they see in their meditations. The advice any meditation teacher will give is to let them come and go. Treat the images like any other thought. Don’t judge or interpret; observe. Don’t push them away but don’t hold on to them either.

Don’t let the vision make you lose your practice. You are meditating, and it is the method you are following that has led you to the state of mind in which the visions present themselves. Don’t abandon your practice because the content of your mind changes.

What do visions during meditation mean?

It might be tempting to see visions in your meditations as secret messages that you have to decipher. In reality, it is all very down to earth.

Various types of messages from your subconscious pop up in your waking mind all the time. One fundamental way to learn about what is going on in your life is to listen to your feelings. Feelings don’t deceive us. Another is seemingly random thoughts and ideas.

Our subconscious also communicates with the conscious areas of our minds every night when we dream. Our dreams, as well as visions in meditation, are not arbitrary. We get them because they represent and express something that is going on in our life.

For example, seeing a calm lake or a peaceful landscape would reflect a quiet mind. Seeing dancing demons or a city ravaged by war would be a visual representation of a mind torn with conflicts and unpleasant pressure. Demons in a nightmare are your mind ventilating a problematic experience. Visions of demons during meditation plays the same role. It does not mean an evil astral creature has entered your mind.

The best way to make sense of your visions is to consider what is going on in your life. And then to listen to what your intuition tells you. Since the pictures you see come from the subconscious realms of yourself, none could be better at grasping their significance than you are. Visions are a typical expression of your mind. By paying attention to them, you can learn more about yourself.

Visual imagery during meditation is proof that you are in an altered state of consciousness. It means that you can relax in your practice and that the technique you are using is working. So in that way, seeing visions is a sign of success.

However, having visions is not a goal; it is more a byproduct of meditation that might or might not occur. If you become overly intrigued by them, then they have become an obstacle for you. Craving more will introduce a tension that is going to hold you back from going deep.

Some people are naturally prone to visions

Some people quickly get spontaneous visual imagery when they meditate. Others swear they never see anything. People are different, and some are more visual than others. That you see things does not mean that you are a more advanced meditator, that your insights are deep or that you are more attuned with yourself.

Are visions signs of your third eye-opening?

The third eye is a metaphor for clairvoyance and the capacity to perceive a subtle dimension beyond the material world. I would say that, in general, having visions is not an indication that you are developing such a capacity. Visions, like dreams, are a way of accessing your subconscious.

On the other hand, clairvoyance is normal to some degree for everyone. In fact, at some level, we communicate telepathically through “the third eye” with each other all the time. This is especially true for people with whom we are close. But of course, some visions do come from extrasensory perception.

What to do if your visions overwhelm you

It is not unheard of that people get scared by the mental images in their minds. Some individuals get so uneasy that they stop their practice.

In case the images you see scare you, I advise you to adopt the meditative attitude. Observe the visions and your reactions to them, the thoughts they create and the emotions they stir up. Observe your fear without any judgement. Doing that will calm things down, and eventually, your mind will let go of the fear.

Stopping a meditation early because of visions that scare you will leave you in the middle of an unresolved psychological turmoil. The drama will continue until you have digested it outside of the meditation. This is a much slower process.

If you feel overwhelmed by fear, resolving the turmoil with meditation could appear too much. Then a softer approach would be a slow and calm practice of yoga poses and pranayama.

SIGN ME UP NOW!
We use cookies to ensure that we give you the best experience on our website. If you continue to use this site we will assume that you are happy with it.Ok