What Happens if You Fall Asleep During Yoga Nidra? 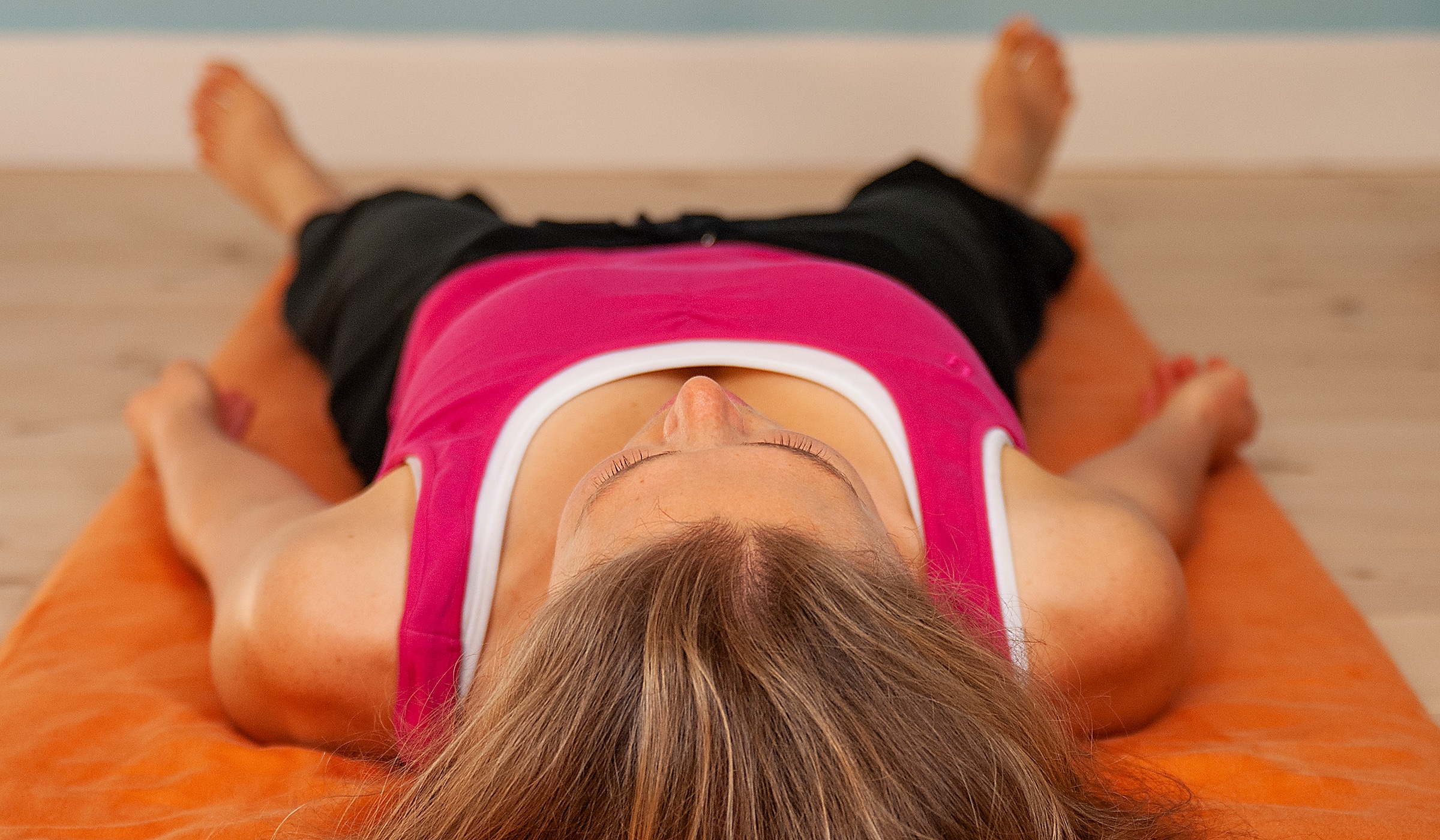 It can be a challenge to stay awake in the deep state of relaxation that yoga nidra brings. Sleeping can be frustrating, and you might think you are wasting your time. Some even wonder if falling into deep unconscious sleep could be risky. In this post, I will explain everything you need to know about sleeping during yoga nidra.

I have practised yoga nidra for more than twenty years and guided thousands of yoga nidra sessions. Read on to learn more about the relationship between sleep and relaxation.

You benefit from yoga nidra even if you fall asleep

One can easily fall asleep during yoga nidra because of the nature of the practice. It is a sign that you are relaxed, that you have followed the instructions and that they impact you. Nevertheless, for the method to be even more efficient, you should remain in a state of relaxed awareness and carry out the instructions consciously.

Nidra means sleep. Not surprisingly, many people who practice yoga nidra say they are hovering just above the threshold between wakefulness and sleep. If you occasionally go below the threshold, that is perfectly fine. However, if you find yourself sleeping from the beginning to the end, you will benefit less from yoga nidra. But it doesn’t mean that yoga nidra has no benefits under such circumstances.

When I was in my early twenties, before I started my training with Swami Janakananda, I practiced yoga seven hours daily. I got up at half-past four in the morning and did tratak, yoga poses and breathing exercises. Then I did a 45-minute yoga nidra followed by a one and a half-hour meditation. Because I got up early, I would often sleep quite a bit during yoga nidra, but I noticed something interesting.

Sometimes I would have to skip yoga nidra because I had to be on campus early. On those days, my final meditation wouldn’t be as deep as it usually was. So even though I was primarily unaware during yoga nidra, the technique helped me on an unconscious level.

Rest assured that nothing serious will happen should you fall asleep during relaxation. The worst that can happen if you doze off during yoga nidra is that you feel a bit sleepy afterwards, much like if you take a long nap in the afternoon. This mainly happens if you do yoga nidra as an independent practice without first preparing it with supporting techniques.

If you sleep through the complete relaxation, that probably means you were tired and needed to sleep to begin with. If you like yoga nidra and want to practice it, my advice is not to worry too much about it.

However, if you want to, there is a lot you can do to prevent yourself from falling asleep. I have written an entire article with tips on how you can more easily stay awake during yoga nidra.

Why do you fall asleep in yoga nidra?

To understand why people fall asleep during meditation and relaxation, it helps to know how the autonomic nervous system works and be familiar with brainwave frequencies.

The parasympathetic nervous system has the opposite function. It calms us down and brings us into regeneration mode, and activates the body’s natural healing.

Now on to brain waves.

You need a alpha waves to stay aware

When we are awake, our brains function predominantly at a frequency  between 12 and 30 oscillations (Hz) per second. This is known as the beta frequency. Low range beta is associated with active mental processing, whereas higher frequency beta correlates with mental chatter and anxiety.

Staying awake during yoga nidra requires alpha activity. It acts as a bridge between the conscious and the unconscious mind. If you don’t have alpha, you will be unaware of the subconscious processes triggered by the practice. Afterwards, you will know that you were lying down listening to your teacher’s instructions, but you won’t have clear memories of what was going on, much like when you wake up from a vivid dream just to discover that you can no longer remember it.

When you have alpha activity, you can remain conscious during subconscious and even unconscious activity. This is why people sometimes tell me they hear themselves snoring as I guide them through deep relaxation.

Want to learn more about meditation and brain waves? Then have a look at this article that covers the topic extensively.

What if you don’t wake up after yoga nidra?

From guiding thousands of people in yoga nidra, I have noticed that young people fall asleep more easily than adults (especially young women). Several times, it has happened that teenagers and people in their lower twenties have fallen asleep so deeply that it has not been easy to wake them up afterwards.

Whenever this happens, I first ring my Japanese meditation bell a few times to give them a chance to wake up softly. If that doesn’t help, I try touching their shoulders. Lastly, I try lightly scratching the top of their head and pulling the hair gently.

If they are still asleep, I just let them stay in savasana, sometimes while the rest of the group goes on with other practices afterwards. When the other yoga students have left and the class is over, they do eventually wake up, feeling refreshed but somewhat surprised.

Such a situation can worry teachers and fellow students alike. After all, in yoga, we encounter unusual states. When unusual things happen, the teacher must remain grounded and calm because there is no need to get anxious. Falling into a deep sleep isn’t dangerous. You will come back in precisely like you would come back after an ordinary night of sleep.