Can Meditation Reduce the Need for Sleep? 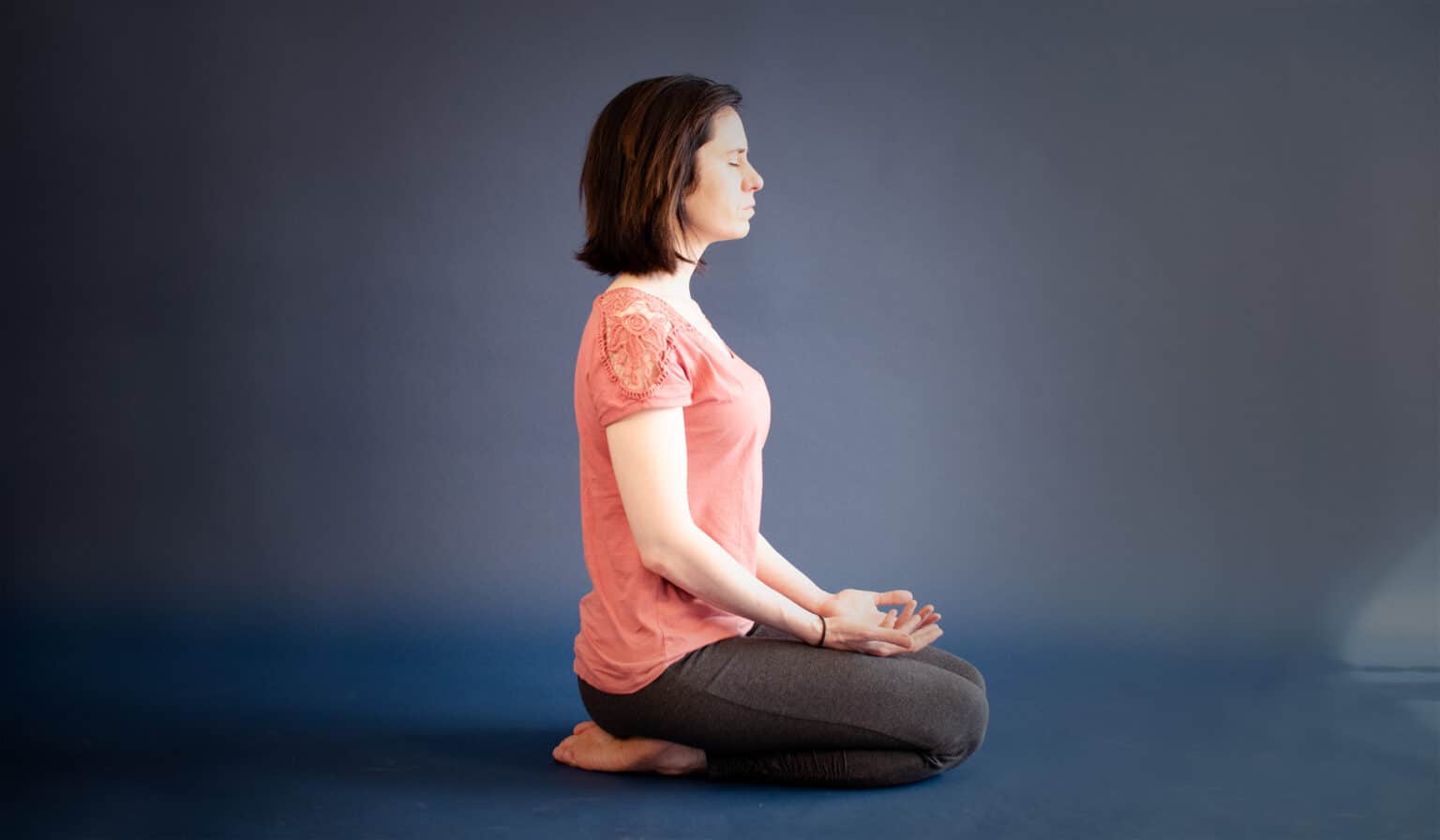 When I meditate more than an hour per day, I sleep less. During yoga and meditation retreats with many hours of daily practice, I notice an even more substantial drop in the time needed for sleep. And it isn’t just me. Meditators all over the world have the same experience. But is there solid science to back up these personal accounts?

A body of scientific evidence confirms that meditation reduces the need for sleep. Experienced meditators do sleep less on average than non-meditators. There is also evidence that beginners to meditation rapidly can improve sleep quality.

In this post, you will learn in detail how meditation can improve sleep and reduce the time you need for it.

Science confirms that meditation reduces the need for sleep

People who meditate claim it has many benefits. Among these claims are improved performance and decreased need for rest. Many scientific studies confirm the claims, for example a study published in 2010 in Behavioral and Brain Functions.

Researchers had meditation novices do a psychomotor vigilance test. Subjects had to press a button as soon as a led light lit up. They did the test immediately before a 40-minute meditation and again immediately after.

Performance on psychomotor vigilance tasks declines with decreasing amounts of sleep. This is true for tasks such as driving as well as simple reaction tests. Therefore these tests can be used to assess how rested a person is.

Scientist found that reaction time decreased significantly following the forty-minute meditation. The impact of meditation was even more significant when the subjects were deprived of sleep the night before the test. On the other hand, scores dropped when researchers asked subjects to sleep instead of meditating.

The same researchers examined the sleeping habits of seven yogis with 2-3 hours or more of practice per day. Meditators had significantly shorter sleep duration than the control group of 23 age and sex-matched non-meditators: 5.2 versus 7.8 hours per day. Yogis slept between four and six hours per night. Several other studies have shown similar results.

On the other hand, the National Sleep Foundation in the U.S. recommends healthy adults sleep between seven and nine hours per day.

How much meditation do you need to improve sleep?

Meditation improves sleep quality, and surprisingly little practice is required to see the first results. Even novices to meditation can improve sleep with as little as 20 minutes of meditation daily.

During two workweeks, her subjects meditated for 20 minutes each day. Ten minutes before and ten minutes after work, following a schedule fixed by Ute’s team. To track results, the participants completed a questionnaire three times per day: in the morning, at the end of work, and at bedtime. The questions regarded sleep quality, the amount of mindfulness at work, and the ability to psychologically detach from work-related thoughts after ending the workday.

The study showed that the participants steadily improved sleep quality, sleep duration, and increased awareness throughout the two weeks. However, there were no significant enhancements in the ability to detach from work psychologically.

According to Ute, it is likely that improved sleep quality is one of the earliest benefits new meditators experience. Psychological benefits such as detachment likely require more practice.

How long do you need to get other benefits from meditation? Read this article to find out >>>

How meditation reduces the need for sleep

It is not known precisely through what mechanisms meditation reduces the need for sleep. Several factors are likely involved, for example, improved balance in the autonomic nervous system and altered brainwave activity. Reduced levels of stress hormones and higher melatonin levels also play a role.

Here are five different ways in which meditation makes your need for sleep drop.

Meditation is known to trigger the relaxation response. Professor Herbert Benson discovered this during one of the first scientific studies on meditation ever. The relaxation response activates the parasympathetic nervous system, which is responsible for rest and healing. Another implication of this response is that the level of stress hormones in the blood decreases.

The researchers found that the brains of long term meditators produced high amplitude gamma waves during periods of deep, dreamless sleep. The amplitude of gamma activity correlated with the amount of time they devoted to meditation daily.

The Institute for the Awakened Mind has used EEG to study high-level meditators for decades. They say gamma activity is associated with the experience of peace, transcendence, and super-lucidity. Furthermore, it is related to high-level awareness, super-learning, compassion, transcendental states and spiritual ecstasy.

It is noteworthy that experienced meditators produce gamma spontaneously during deep sleep. This implies a long-lasting, plastic effect of meditative training on brain function. It is a trait effect in contrast to a state effect which is the short term effect produced directly during practice.

Other studies have shown that meditators have increased amplitude in the theta and alpha bands during sleep. A combination of these frequencies is an indication that the person has conscious contact with areas of the mind that are usually subconscious. That makes dreams more abundant and easier to remember. The Institute for the Awakened Mind associates the theta band with healing.

Want to know more about meditation and brainwaves? I have written an entire post about it. Check it out here >>>

Melatonin is a hormone primarily released by the pineal gland at night. Scientists associate it with control of the sleep-wake cycle.

Several studies suggest that meditation can impact melatonin secretion. It can also increase the amplitude of the nighttime melatonin peak level.

Scientific studies have shown that meditation effectively reduces the severity of sleeping disorders such as insomnia and restless leg syndrome.

Anxiety and sleep affect each other. Stress can deteriorate sleep quality, and lack of quality sleep can increase anxiety. Hence the stress-induced loss of sleep can create a vicious circle.

As we have already seen, meditation can reduce anxiety and break the downward spiral.

Can yoga poses reduce the need for sleep?

If meditation helps to improve sleep quality and to sleep less, then what about yoga poses?

There aren’t that many scientific studies on the impact of yoga poses on sleep. According to John Hopkins sleep expert Anastasia Rowland-Seymour, M.D., there is some suggestion that specific postures may be helpful. However, she says that the benefits are most likely due to the meditative state induced by the poses.

I think practising yoga poses slowly and consciously, just as I teach here on Forceful Tranquility, does enhance sleep quality. I believe this happens in addition to the effect of meditating in poses. That is because yoga exercises can trigger relaxation in a different way than purely mental techniques.

My experience from periods of intense practice and from leading yoga and meditation retreats is that a combination of yoga poses, yogic breathing exercises and meditation significantly reduce the need for sleep.

On my yoga retreats, participants do seven to eight hours of yoga and meditation each day. They notice that they sleep much less than at home. In addition, many say their sleep is different and with more vivid dreams charged with symbolic meaning. Others say they have the impression they hardly sleep at all.

There are anecdotes of yogis and advanced meditators who don’t need to sleep or need just a couple of hours each night. Unfortunately, there is no readily available proof of such feats. However, the lack of available evidence doesn’t mean it is not possible.

Though some scientists are sceptical of the possibility of replacing sleep with meditation others, appear more favourable. One study I read concluded that meditation “…may also provide a longer term reduction in sleep need roughly equal to the time spent in meditation”.

From my experience, that suggestion seems a bit optimistic. Most ordinary meditators won’t be able to replace an hour of sleep with equal time meditation. However, most people could reduce their sleep time drastically by meditating several hours per day. I think that with 12 to 14 practice hours per day, the need for sleep can go down to just a couple of hours.

On the other hand, entirely replacing sleep with meditation would be more challenging due to the law of diminishing returns. But, I do believe that for a dedicated meditation master, it should not be impossible.

One of the challenges with research on meditation is that there are many different kinds of methods that all have somewhat different effects. There is one meditation technique called yoga nidra. Yoga nidra is Sanskrit and means the yoga of sleep. Some proponents of yoga nidra claim that one hour of yoga nidra equals four hours of sleep.

There is some research specific to yoga nidra. But to my knowledge there are no studies that indicate that yoga nidra should differ dramatically from other meditations when it comes to impact on sleep. I have not experienced any such critical difference myself either, nor seen it in others.

That being said, there probably is some difference and it is possible that yoga nidra reduces the need for sleep more than traditional meditations.