What is Raja Yoga? – “In-Depth Explanation of the Royal Path” 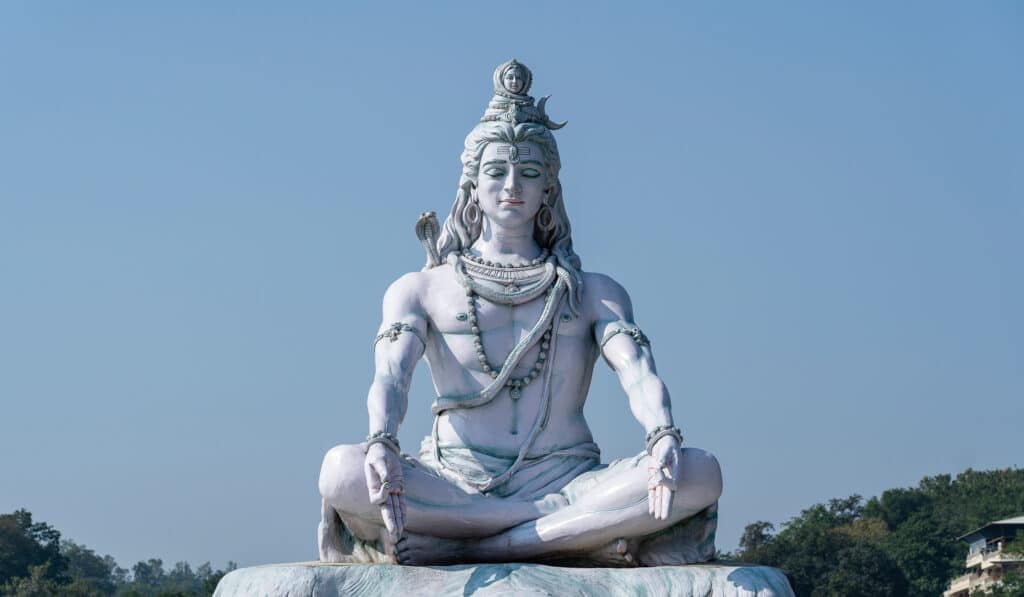 If you are into yoga, you have certainly come across the term raja yoga. It is supposed to be the king of all yogas. But what is it exactly? Where does it come from, and what do raja yogis do? In this article, I am exploring its original meaning and the different ways yoga masters have addressed raja yoga throughout history.

If you find this term unclear and confusing (don’t worry, you are not alone), then this article is for you. Read on to get a clear picture of its origins and influence on modern yoga.

Raja yoga is the king of all yogas

A significant obstacle to understanding yoga is that it means many different things depending on who you ask. Many yogic sub-terms also refer to several different methods and approaches, to make things worse. This is exactly the case with the term raja yoga.

Few lineages today claim to teach raja yoga, but those who do have a common trait. They focus on meditation.

If you ask your yoga teacher what raja yoga is, they might say that it is the yoga expounded by Patanjali in the Yoga Sutras; the most famous treaty on yoga ever. That is also the position of modern yoga giants such as Swami Vivekananda and Swami Sivananda. But Patanjali, who probably lived at some point in the early centuries CE, didn’t call his yoga system raja yoga or even use the term. No one else did either until a few hundred years ago.

On the other hand, there is a Sanskrit text on yoga called the Hatha Yoga Pradipika. Next to the Yoga Sutras, it’s one of the best known treatises. The Hatha Yoga Pradipika treats raja yoga as synonymous with samadhi, a state of deep meditation where your mind is deeply anchored in its essence.

From the 12th to the 15th century, Sanskrit texts on yoga uses raja yoga interchangeably with samadhi. However, though many of these texts agree on its meaning, medieval yogis had different opinions on the best way of attaining it. There is a conflict between raja yoga and other kinds of yoga that goes back to its very origins.

The original raja yoga of the Amanaska

What we know about raja yoga today is essentially thanks to the research of Dr. Jason Birch. He is a sanskritist, yoga researcher and practitioner. In 2013 he published his doctoral thesis on a little-known text called the Amanaska. Scholars date this text to the 11th century and is the first to call its teachings raja yoga. It is uncompromising in its approach.

The Amanaska says its yoga is easily accessible to anyone. It doesn’t require complicated techniques or a long learning period. Instead, the raja yogin should sit down in an easy meditation pose, sukhasana. With eyes half open, the yogin should then remain keenly aware but let the mind wander wherever it goes.

Today we call this type of method open awareness meditation, or open-monitoring meditation. It is quite distinct from most other meditative practices we encounter within yoga.

The Amansaka call its method shambhavi mudra. It leads to samadhi, or to use the words of the text itself, the no-mind state: amanaksa. Be aware that shambhavi mudra as described in hatha yoga, is another practice.

The Amanaska fiercely rejects other practices deeming auxiliaries unnecessary and a waste of time. However, despite claiming its method is easy, Dr. Jason Birch says he gets the feeling that one is supposed to practice intensely, day in and day out. Thus the no-mind state might not be easily attainable after all.

The role of raja yoga in medieval hatha traditions

The Amanaska shuns supporting methods. However, several later yoga traditions take the opposite approach and go to great lengths to explain why preparation is vital. The Hatha Yoga Pradipika does so, for example.

This text, written by the yogin Swatmarama, is a compilation of earlier texts. It is written almost as an answer to the Amanaska. Swatmarama states that his teachings are a stairwell to reach raja yoga already in his opening verse.

Many medieval yoga traditions talk about four types of yoga suitable for different kinds of adepts. It is mantra yoga, laya yoga, hatha yoga and raja yoga. The foremost of them is raja yoga. But it’s so tricky that most yoginis need preparation, they think. The Hatha Yoga Pradipika emphasizes hatha yoga as preparation for samadhi, making mantra and laya yoga redundant.

Swatmarama states that samadhi, raja yoga, unmani and amanaska are synonyms. He writes extensively on samadhi in the fourth chapter. It focuses on shambhavi mudra, khecari mudra, and nadanusandhana, the fusion of the mind using an internal sound to attain it.

The conflict between the royal path described in the Amanaska and the approach taken in the Hatha Yoga Pradipika goes on for hundreds of years. We can see the traces of this battle in the many Sanskrit texts on yoga that different traditions produced through the centuries.

It is not until much later that we see someone connecting the term raja yoga to Patanjali.

Swami Vivekananda is one of the first Indian yogis to have taught yoga in the west. In 1893 he made quite an impression when he appeared at the parliament of the world’s religions in Chicago. He later wrote several books that have had a significant impact on the modern understanding of yoga in the west.

According to Vivekananda, there are four different paths of yoga:

This fourfold classification is Vivekananda’s own, and it does not build on ancient sources as far as I know. Nevertheless, it has become well known within modern yoga.

Just like the Amanaska, Vivekananda shunned hatha yoga. He thought it was difficult and ineffective. In addition, he worried that postures and breathing techniques would not be received well by westerners.

However, unlike the Amanaska, Vivekananda associated raja yoga with Patanjali. Some decades later, Swami Sivananda picked up where Vivekananda had started, developing a raja yoga system based on the Yoga Sutras.

The original raja yoga of the Amanaska is consistent with Patanjali yoga in some ways, yet there are also critical differences. The apparent similarity is that both yoga systems emphasize samadhi.

Differences are that Patanjali’s yoga revolves around ashtanga, an eight limb system. (Heads up here! Don’t confuse this with modern ashtanga yoga, a body-centred asana regime with different origins.) The Amanaska, on the other hand, rejects the need for supporting techniques.

Patanjali’s yoga is philosophical and sophisticated. It describes several nuances to samadhi. According to Dr. Birch, the Amanaska is more straightforward; there is only one type of samadhi. In addition, between the lines, there is an antagonism towards philosophy which is typical for Shaiva traditions. Furthermore, it pays more attention to the breath by describing how it stops during deep meditation.

There is yet another crucial difference. The meditation method that Patajali prescribes is based on mental focus and concentration. The one suggested by Amanaska is an open awareness meditation.

The exact meaning of the word

Raja is the Sanskrit word for king.

The Amanaska gives two explanations for why it calls its yoga raja yoga. The first one is because it is a supreme practice and king among all kinds of yoga. Still, today this is the most common understanding. However, it also provides a second more esoteric meaning. By diligent practise, this yoga enables us to connect to the supreme Self, the king of all beings.

A few later alternative explanations to the meaning of raja yoga are quite far removed from the original.

Dr Birch writes that the seventeenth-century Hatha Ratnavali describes a raja yogi as someone who can retain his semen. In the Yogasikhopanisat, we get to know that this yoga is the union of menstrual blood semen. In addition, a few 18th-century works refer to this practice as a “yoga fit for kings”.

Today all these different understandings of raja yoga coexist. Thus it is tricky to decipher what someone who uses it actually means.

The understanding of raja yoga as Patanjali yoga dominates. It is widely accepted within modern yoga traditions focusing on yoga poses. Those are traditions that don’t use much meditation themselves.

A few modern yoga schools teach a raja yoga that resembles the one in the Amanaska. The best example is Brahma Kumaris, an international organization teaching meditation. The organization was founded in 1935 by the Indian Lekhraj Khubchand Kirpilani. The way Brahma Kumaris describe meditation exactly fits that of original raja yoga.

Like many yoga traditions have done before, Brahma Kumaris traces its roots directly to the god Shiva.

There are also examples of modern traditions taking the approach of the Hatha Yoga Pradipika. An excellent example of that is my tradition, that of Swami Satyananda Saraswati. We treat asana, pranayama, mudra and bandhas as preparation for meditation. We use a range of different meditation techniques described in the medieval Sanskrit texts on yoga.

In particular, one of our meditations uses the open awareness style practice that original raja yoga prescribes, the antar mauna meditation.